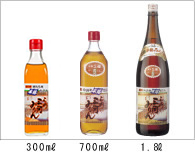 Sanshu Mikawa Mirin is authentic mirin with the good taste of glutinous rice extracted only by "brewing," a traditional technique from ancient Japan. This mirin is so tasty that you may want to drink it. It is featured by chic and sharp sweetness and good luster and gloss. Moreover, it is full of deliciousness and richness that set off the natural flavor of the cooking ingredients. 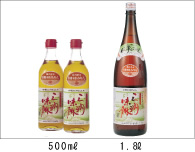 From organic rice domestically cultivated in the natural ecosystem, Organic Sanshu Mirin was manufactured by a traditional brewing technique explained as "brewing as much mirin from as much rice." This technique has been alive for over 200 years in the Mikawa area, the home of mirin. Since our foundation, this mirin has been nurtured in our brewery, which has devoted entirely to mirin manufacturing. It is rich in the natural sweetness, deliciousness and flavor of rice. 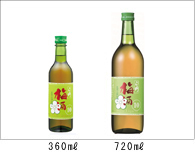 Unripe green plums are immersed in Mikawa Mirin to make this two-stage prepared plum liqueur "without using any sugar." After matured for a long time, freshening plum flavor blends with the natural sweetness of mirin into rich and mellow plum liqueur. Sanshu Plum Liqueur 10 is a Japanese-style liqueur of our specialty with a long finish. It was nurtured in our brewery, which has devoted entirely to mirin manufacturing. 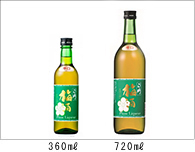 Unripe green plums are immersed in Mikawa Mirin to make this two-stage prepared plum liqueur "without using any sugar." Sanshu Plum Liqueur is dry with sharpness in rich taste. As it is so refreshing and pulpfree, it goes down smoothly. This plum liqueur sets off the taste of side dishes to go with sake when you drink one before or during meal. 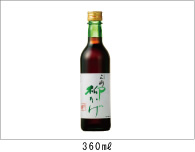 Mirin has been brewed as sweet sake. In the Tokugawa period (continued for about 260 years since 1600), mildly sweet mirin was called "Naoshizake (meaning remade sake)" or "Yanagikage (meaning sake to be drunk beneath the shadow of a willow)." In summer of those days, it was cooled down well and drunk to dispel the summer heat. Its decent sweet, profound, generous taste is fit precisely to drinking after meal or before going to bed. Sanshu "Yanagikage" was matured for a long time after preparation at an old compounding ratio. Just taste one as rice liqueur. 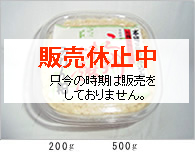 Organic Mirinkasu is a byproduct of the brewing process of Organic Sanshu Mirin. Moromi is made of Organic Sweet Rice, Organic Rice and Organic Koji. In time, with the power of "koji" matured moromi is produced. Mirin moromi that is matured for a long time can make Mirinkasu as a byproduct just like Japanese sake. "Sweet snacks" had been eaten in the past, as what is written in the book of " WAKAN-SANSAIZUE". At Edo period(1603-1868), Mirinkasu was eaten by people as snacks because of it's sweetness. You can use it in many ways like making sweets, in cooking or eating it plainly because of its natural sweetness and mild aroma. The world's first organic Mirinkasu is here which contains 100% Japanese Oragnic Rice and it is duly Certified by Organic JAS- Japanese Agricultural Standard.